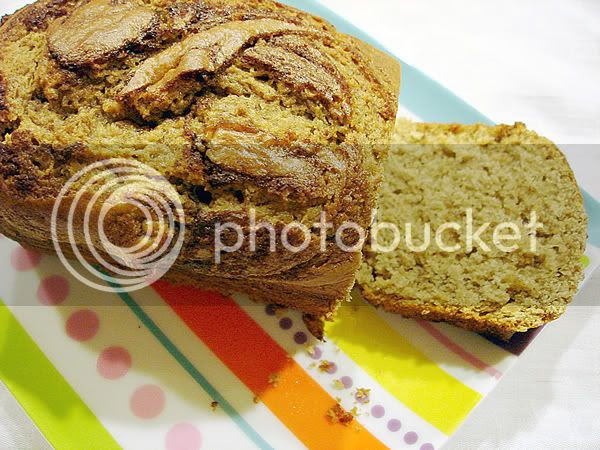 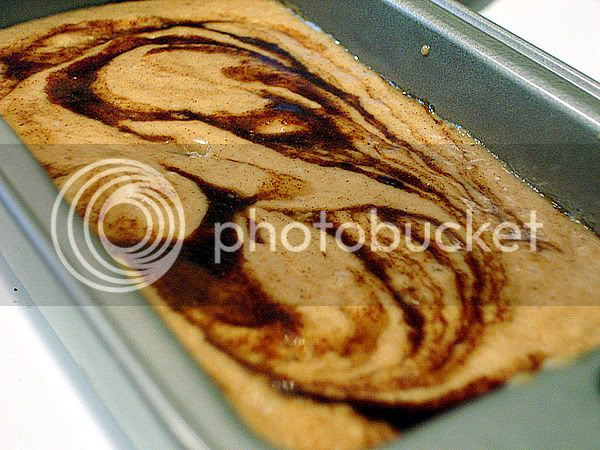 We've been having a rough week lately and I felt inclined to make something to offset this doldrummy times. The boyfriend loves cinnamon - cinnamon toast crunch, cinnamon cupcakes, cinnamon latte... this gave me the idea to make a cinnamon loaf cake for breakfast when we can sit together in the mornings with some butter, the Sunday Times and a cup of hazelnut coffee.

Pour half of the batter into a greased 9-in. x 5-in. x 3-in. loaf pan. In a small bowl, combine the remaining sugar and cinnamon; stir in butter. Sprinkle with half the cinnamon-sugar mixture; cut through batter with a knife to swirl the topping. Repeat.
Bake at 350° for 55-60 minutes or until a toothpick inserted near the center comes out clean. Cool for 10 minutes before removing from pan to a wire rack to cool completely. Yield: 1 loaf.